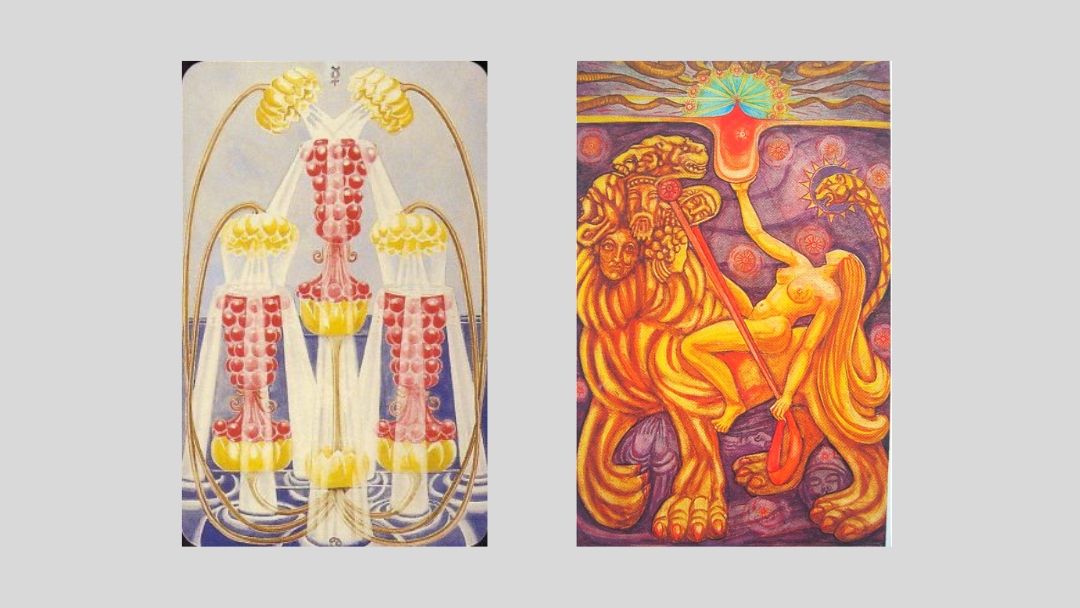 Avoiding good luck at the start of a tarot reading

Signs of avoiding good luck, or self-sabotage, are found before the tarot cards are laid out and interpreted. In these two real life examples, dropped cards and the client changing the layout of the cards before the reading starts are signs of the unconsciousness speaking.

Dropped tarot cards are a powerful indicator for the nature of the reading. The cards thrown out during the shuffling process or when the cards are handled represent events or experiences the client is avoiding. If the “accident” is not noticed, then the deck will be smaller, and those omitted cards will not be represented.

Clearly negative cards are prime candidates for dropped cards, but recently it was the Three of Cups Abundance, and the Lust card. The client was a middle-aged woman, and she laughed when I told her what those cards meant: Abundance is about happy events such as a party, celebration, retail therapy, etc, and Lust is of course about love affairs and creativity. The reading happened in July (3 of Cups is a decanate of Cancer), and Lust is Leo, the next sign.

I did talk about Lust and Three of Cups a lot, because, as it turned out, she had been deliberately avoiding relationships and romance for several years. In one sense the other 76 cards were superfluous, but they did fill in the gaps about who might turn up, and she left with a big smile.

Avoiding good luck case 2: Changing the positions of the cards

Questions on whether the client will win the Lottery are very rare, and when they crop up, the client is usually asking a rhetorical question. Recently however, the reading was all about whether she would win the lottery; she had no choice. It had to be the lottery or nothing else.

Like all my clients she shuffled the cards and cut them into four piles – no problem there. I looked at the relative heights of the four stacks, and noted that the Worries/Problems pile was much smaller relative to the Future position. I was just about to tell her the good news when she took a large chunk of cards from the Future stack and placed them upon the Worries stack! The Worry pile was now the biggest and the Future stack greatly diminished.

She had never had a reading from me before, and she had no idea what the four piles represented, but her unconscious knew what was going on. This simple action of moving the cards from one pile to another perfectly demonstrated her situation in a way that reading the cards was not able to do.

I want to win the Lottery!

She had been doing all kinds of New Age affirmations but they hadn’t worked (they never do). She was insistent that the only way out of her situation was a big lottery win. The funny thing was that she clearly had money (for example, she was paying for her friend’s tarot reading).

Eventually the story came out, bit by bit. Her son is a talented sportsman with potential to become world champion. This requires a lot of money. I pointed out that if he is that good and wins races, he will get sponsorship, and as a pushy parent she would make that happen.

How she avoided good luck in finance

A relative was prepared to stump up the money (lottery money size) for her son to go to the World Championships in Europe next year. The problem was the strings attached – the piper calls the tune – which were unacceptable to her. She didn’t need a lottery win at all; she just needed to say yes to the relative!

I pointed out that circumstances change, and there was time for her to circumvent the stipulations.

In a tarot reading the reversed Fortune card is a sign of thwarted luck, but it did not indicate this in these readings.

Traditionally people come for a tarot reading to know their luck, but in these cases, evidence for self-sabotage came in their actions before the cards were read.