Sexual chemistry: the two defining Tarot decks of the Twentieth Century designed by a man and a woman. In both cases, they  directed the Artists, who were Clairvoyants.

Many people feel that the women have not been given the status and recognition they deserve, which have given rise to arguments on gender. Some feminists suggest it was the  women who designed the deck and the men lent their names to the project, rather than the other way round.

We gloss over the dynamics of the relationship between A.E. Waite and Pamela Coleman-Smith, and Aleister Crowley and Lady Frieda Harris. However, the sexual chemistry between him and Frieda was stronger than the other couple.

Waite and Crowley were Initiates of the Golden Dawn who created their Orders. Apart from the esoteric training both had undergone at the Golden Dawn, they both had encyclopaedic knowledge of Kabbalistic and magickal systems. They were also talented clairvoyants. Crowley fancied himself as an artist, but his abilities were rather limited.

The differences between them are far more clearly defined. Apart from the mutual antipathy that existed between them, their lives took different directions. Waite gradually Christianised his Order, while Crowley continued his Thelema. The Thoth deck came at the end of his life, while Waite was much younger when he collaborated with PCS. It is also clear that the Golden Dawn’s Book T inspires Waite’s version, something he did not acknowledge in his books. The Thoth Tarot unites Crowley’s ideologies, beliefs and knowledge – just about everything is found in the designs and the book.

On the other hand, the sum of knowledge about Pamela Coleman-Smith and Lady Frieda Harris is pitifully small. In Mary Greer’s Women of the Golden Dawn, the chapter on PCS and the Tarot covers only four pages, much of which concerns the influences of others. The lack of evidence makes it easy to speculate. What we do know is that W.B Yeats introduced PCS to the Golden Dawn; she did not rise above the beginners level. Later she was initiated into Waite’s Independent and Rectified Order, where she stayed for nine years. Did Waite really do all the work on the Tarot, which allows Mary Greer to promote Florence Farr? There is a stronger theory that it was W.B Yeats who worked with Waite.

Lady Frieda Harris revelled in the knowledge that she was working with the notorious Aleister Crowley. The surviving letters from Harris to Crowley show she had a great sense of humour, and desire to complete the project. The World War II shortages of artists materials in England, and the fact that Crowley was dying were just a few of the obstacles to overcome. In fact neither lived to see the Tarot printed. In her letters, Harris begs him to share with her the esoteric knowledge she needs to create the cards, so clearly she is not expert in these matters. Indeed, the exhibition catalogue notes Harris wrote for the artwork show basic astrological mistakes.

In both cases men, both well versed in occult and esoteric kabalistic knowledge, talented magicians and clairvoyants, drew on the artistic abilities of women who were psychic and clairvoyant as well as being artists, who were in sympathy with the aims and ideals, but were no great shakes in occult lore. I suggest that there are profound reasons.

In my magical work I collaborate with other healers and clairvoyants, but they do not have my in-depth knowledge. This is an advantage: there are times when my knowledge background will influence the psychic impressions I receive, so I need someone who is more ‘innocent’ on the subject. Later, when comparing notes I can add comments on the kabbalistic levels. My colleagues have their idiosyncratic knowledge system based more upon personal experience, which give valuable insights. This is the nearest we can come to an ‘objective’ analysis of the visions. We try to synthesize the understanding of our experiences, but we still have boundaries to the benefit of all. I have a ‘block’ in understanding my colleagues system, and I am reminded various aspects on a regular base – my mind is a sieve on this subject. Interestingly, they seem to have a problem retaining info about my background. What this points to is efficiency – we do not  duplicate effort and knowledge, and we do not need to waste time studying in-depth areas where someone else in the group has knowledge. We can also confirm the same vision in different ways.

When it comes to the Tarot, Waite and Crowley may have done a similar kind of thing – simply reproducing their own vision on paper would have been too personal; using the talents of a sympathetic psychic/clairvoyant artist would have been akin to a kind of filter removing distortions. While there is no documentary evidence relating to Waite/PCS, we know that Harris had contact with spirits associated with the card she was designing. More research is required, and it would be interesting if modern-day Tarot designers have had similar experiences 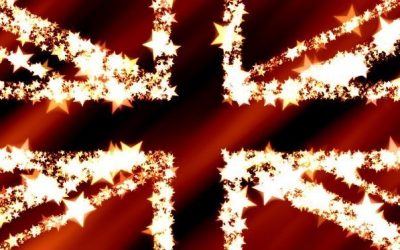 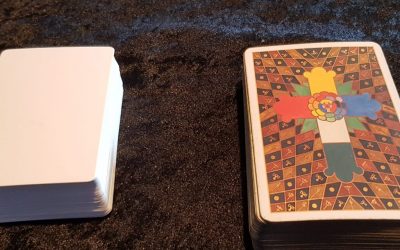