Finding love in a Tarot Reading 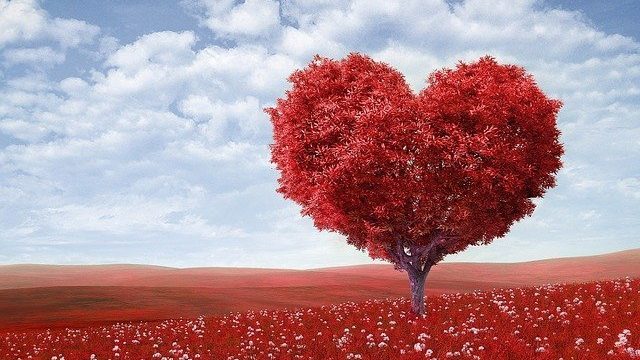 Here are two versions of a hypothetical reading for finding love using the same cards. The Querent wants to know if she will meet the man of her dreams.

Using the Celtic Cross spread, there are a few problems to do with various areas of the Querent’s life, principally the past and to do with relationships, but the Future place has the King of Cups, the man of her dreams. Good news! The other positions do not help in interpretation.

Opening of the Key Spread and Elemental Dignities

Using a sequential spread (Opening of the Key), the King of Cups is the only Court card in the sequence of cards dealing with the future. The King is surrounded by the Tower reversed and the Eight of Swords:

Counting from either the Eight of Pentacles or the Eight of Swords takes us back to themselves, so they are not included in the counting. Even though the Two of Swords is sandwiched between the Seven of Cups and the Tower reversed, it is elementally very strong, the strongest in this sequence of cards. When we count from the Two of Swords, in either direction, we automatically end up back on it, which shows the trapped nature of the reading.

Oh dear. It looks like this could be a man from her past (Tower), who could have been violent (Tower again), possibly capable of mental cruelty, or at least represented constriction of some form. Looked at another way, the woman is fearful of just such a person appearing in her life, despite her desperation to find a partner. Using Elemental Dignities, we can find out a few more things. Fire (Tower) and Water (King) are inimical, weakening each other. Maybe this man has very low self-esteem, which is why he lashes out. Air (Eight of Swords) is friendly to both Fire and Water, but since this card represents constriction we hardly have a virtuous circle developing.

Since Fire and Air support each other, we could be looking at a situation where the man feels trapped and impotent in the face of problems, perhaps due to past actions and experiences. The missing element, Earth, shows that he lacks a solid reliable basis to his life. He may also be impractical or something of a dreamer. Possibly he finds it difficult to leave the past.

Scanning across from these cards, we see the Queen of Wands only four cards away from the King surrounded by the Eight of Pentacles and Seven of Cups. Hmm. These people have a relationship, being four from each other using the Counting technique. The Seven of Cups obviously represents Debauch, perhaps a drink/drug problem? The woman is hard-working (Eight of Pentacles) and ambitious (Wands – Fire). Looking at the Elements, Fire and Water clash, so the Seven of Cups has greater debilitation than normal. Earth supports both Fire and Water, so she is practical, able to cope, and needs a structured environment.

Air is missing, so either the woman is not intellectually strong, but she is looking for someone with intelligence to make up the lack. So far I have not painted a pretty picture, but flawed characters are usually far more interesting – actors love to play the Bad Guy. To balance things up, here comes a more positive spin on things. Comparing the two people, it is obvious that the Fire/Water combination clashes, but they would have a mutual need fulfilled since they can supply the missing element for each other. The woman could learn to develop her nurturing and emotional make-up giving support to the man, while he could develop his self-confidence in the face of her fiery nature.

Thus far we have not established who these people are, but it quite possible that the Querent recognizes either herself or she knows people who fit the bill. Looking four cards from the King in the opposite direction is the Two of Swords – Reconciliation, and we have found the Air necessary to bring balance to the woman. This woman does want to get back with this man, which is quite possibly reciprocated, and if she does not represent the Queen of Wands, it is quite possible that we are in the realms of a love triangle. The nature of the Two of Swords is somewhat ambiguous at the best of times, so the King of Cups and Queen of Wands are not so honest.

For whatever reason, this woman is still keen for a relationship, and she wants to know when it will happen. Lets assume this reading took place in early September . Personally, I find most readings cover a six month period, but we can narrow down the window of opportunity to probably the last week of September (Two of Swords represents the first decan of Libra, 21st Sept to 30th Sept about). Funnily enough, the other Minor cards support the previous week for things to start in perhaps a work context (Eight of Pentacles) or in November (Seven of Cups) for a full-blown affair.