In the Da Vinci Code by Dan Brown, the Atbash code features – it is one of the most simple, ancient and enduring forms of encryption, found within the Torah, the Atbash code is also associated with the Knights Templars, who may have used it for secret messages. Each letter of a word or phrase is substituted for another letter:

Implicit in Atbash is a hidden relationship between each of the paired letters. One of the most cited examples is for BPVMTh, Baphomet, which transposed becomes ShVPYA, Sophia or Wisdom. Sophia is of course a Greek word, but this does not seem to detract from the argument (if you are perplexed at this point, Baphomet refers to the Devil, which suggests that it is not as evil some might think).

The table above can easily be simplified by removing the second half as it is simply a repetition:

When the founders of the Golden Dawn were deciphering a series of texts (using a Masonic code) to set up their own rituals and structures, they were instructed to transpose L and T for Justice and Strength. The table below illustrates this.

There has never been a convincing explanation for this transposition, but there are clues in the Atbash code if we look at pairings rather than the use of the cipher for encryption.

The bottom row shows the sum of the two letters in each column. This works fine until the last two pairings YM and KL – they are exactly the same numerically! From a Gematria point of view this is clearly unsatisfactory. The GD Cipher instruction transposes T, which is the first letter before the two ‘identical’ pairs with L, which comes after the Y and K. Critics can argue that K has the alternative value of 500, which would make the last column 530, but since this not necessary for M, N, P and Tz, we omit this alternative.

The transposition of L and T has the effect of changing the values for the L/N and K/T pairs, so that we have unique gematria values.

Tzaddi is not the Star

Using the Atbash cipher to cast light on the sequence of the Major arcana also helps to understand an enduring problem with the Thoth Tarot. The injunction ‘Tzaddi is not the Star’ in Liber Aleph, the Book of the Law, caused Aleister Crowley endless problems in finding a suitable partner to transpose with the Star. These ambiguities are found in the Book of Thoth where there are several errors and omissions. Even though I use the Book of Thoth exclusively, his eventual solution, to transpose the Emperor with the Star still causes mental confusion in me. A quick look at the cipher shows that these two letters are automatically paired, so that even when transposed, they still have the same value, 95. I have not found a hint in Crowley’s writings that he was aware of this transposition, but if he did it was some form of ‘cop out’, and explains the confusion experienced by Tarot students to this day, particularly when contrasted with the total lack of confusion with the L-T transposition.

What is fascinating about these transpositions is that they all involve ideas central to Thelema: Justice was renamed Adjustment (is this the hidden reference to Atbash?); Strength became Lust – but the Emperor and Star remained the same in name, even if not clear in the mind of Tarot students.

We are now in a position to tabulate the diagram on page 278 of the Book of Thoth, and see how it is similar to the Golden Dawn version:

Even though the values of the letters remain unaltered, we have a Tarot version of the Atbash code that will work for Golden Dawn and Thoth Tarot systems, and they both agree with the ‘original’ version that Baphomet is still Sophia, Wisdom.

Any Hebrew word with L, N, K and T will have a new Atbash word. One of the most famous uses of Atbash is with BBL, or Babel, which becomes ShShK, the name of a place. In the Thelemic system, BBL would become ShShN, while ShShK would be BBT, value 13. Clearly, other words would assume greater significance, but I have not had the time to do any research on this. There is one extra pairing found throughout Liber 777, and the table on page 287 of the Book of Thoth, namely 31 bis and 32 bis on the Key Scale. Associated with these numbers are Shin and Tau, 300 and 400 respectively. 700, the value of these numbers has KPRTh Mercy Seat, PRKTh The Veil of the Holy, and ShTh Seth. 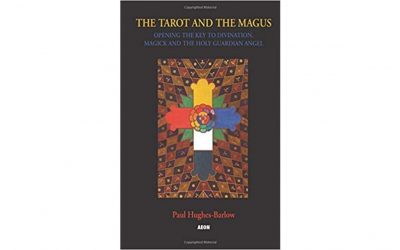